One of Canada’s largest and longest operating independent department stores (unfortunately, slated to close in the summer of 2009), S&R opened its doors in 1959, but not without controversy. Begun in 1817, the limestone structure was enlarged in 1841 for merchant Charles Hales, who is remembered as the owner of Bellevue House (home of Sir John A. MacDonald in 1848) to the designs of architect George Browne, who is particularly remembered as the designer of Kingston City Hall. Note the round corner in both buildings. Hales named his building the Commercial Mart, and used it as a store and warehouse, conveniently close to the waterfront for shipping. In the 1860s, it was home to the Weber and Wormwith piano factory; by 1867, according to the Canadian Encyclopedia, that firm was “reputed to be the largest piano manufacturer in Canada, turning out about 500 instruments a year.” The roof and upper storey were altered in the early 20th century. Finally, after the Second World War, the Department of Veterans’ Affairs took over the building.

In 1958, the federal government put it up for public auction. Some argued that the city should buy and preserve it as a heritage building. Others wanted to alleviate the city’s downtown traffic congestion by turning it into parking lot.

The matter was debated for several months but, in the end, the highest bidders, brothers-in-law Maurice Smith and Percy Robinson, were allowed to put their plans into motion. The historical integrity of the building has continued to be maintained, even after fifty years of operation.

Percy Robinson was the son of Ezekiel and Leah Robinson, Lithuanian Jews who immigrated to Kingston circa 1900. He married Sally Smith, Maurice’s sister, both of whom were born in Guelph, Ontario of Russian Jewish parents. 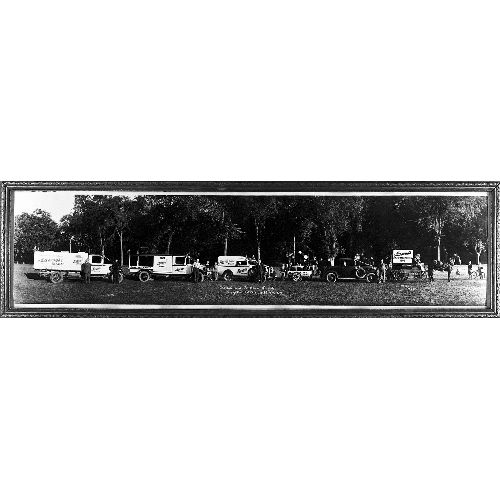