If many conventional queer histories have concentrated on excavating the queerness of past historical figures, Oscar Wilde, the writer, poet, dramatist and philosopher who came to Kingston in the early 1880s on his lecture tour of North America, has been one of the figures central to this process. Now claimed by many as a gay icon, Wilde’s history actually offers insight into the inadequacy of the tendency to describe the sexual identities of historical figures in contemporary terms. As mentioned in the introduction to this tour, the categories of gay, lesbian, bisexual, transgendered, transexual and queer are relatively recent constructions. Though Wilde had sexual relationships with men, he would not have described himself with any of these terms. Instead, Wilde’s story offers insight into the instability of terms describing sexual difference.

Oscar Wilde’s connection to Kingston is brief, but nonetheless illuminating. Kingston was one of the stops on Wilde’s lecture of North America at the beginning of his career in 1882. As Kevin O’Brien documents in his book Oscar Wilde in Canada: An Apostle for the Arts, the lectures which Wilde gave on his tour were meant to propagate the philosophy of Aestheticism. Wilde arrived in Kingston on May 22, 1882, and spoke about “Art Decoration” before a small audience at the Opera House, now known as the Grand Theatre, on Princess Street. A contemporary article in Kingston’s British Whig explains that Aestheticism could be defined as “a struggle for ‘The Best’” noting that “’The Best’ and ‘The Beautiful’ are much the same thing”. Wilde’s lecture, reprinted as an appendix in O’Brien’s book, elaborates on this valorization of the beautiful by arguing that household objects should be beautiful as well as useful, and that people should pay attention to the aesthetically-pleasing arrangement of their environments. Wilde enacted his own advice by wearing his hair unfashionably long and by wearing velvet breeches and a long cloak at a time when men usually sported trousers and coats.

O’Brien notes that the turn-out to Wilde’s lecture was small since that night’s rain kept away “the merely curious”, the Queen’s term had already ended and the university’s students gone, and the lecture competed with a Liberal convention for the nomination of the local candidate in the federal election. Nonetheless, the British Whig received Wilde favourably, and Wilde enjoyed his day of touring the City Hall buildings, visiting Fort Henry, and meeting with the Dean of Ontario. Indeed, Wilde was so taken with Kingston that he missed his late afternoon train to Belleville.

While Kingstonians seemed to appreciate Wilde and find him personable, in other places his appearance and philosophy were the subject of much ridicule. His long hair and unusual attire drew fire from the press, and his comments on industrial logging practices — Wilde argued on aesthetic grounds against the pollution caused by sawdust and logs in the St. Lawrence and Ottawa rivers — provoked scorn for him and for the Aesthetic movement.

Wilde’s critics attacked him by attacking his masculinity. A comic piece in a Toronto newspaper mocks Wilde by characterizing him as a young woman, implying that no “normal” man would behave like him. Aesthetics and beauty, the piece implied, were the concern of naïve young girls, while “real” men settled down to the dirty practicalities of business and industry.

At this time, charges of effeminacy did not necessarily imply sexual difference, however, and it was not until Wilde’s libel trial, in England, against the Marquess of Queensbury in 1895 that the details of his sexual life became widely known. Although Wilde had numerous sexual relationships with boys and men, he was also married to a woman with whom he had two children. He would not have defined himself as gay, homosexual, queer or bisexual as we understand those terms today; instead he used the term “Socratic” to define his sexuality, a term which clearly invokes classical Greek traditions of male-male relationships. The libel trial, and the many witnesses whom the defence collected in order to prove true Queensbury’s characterization of Wilde as a “somdomite”[sic] led to Wilde’s arrest for “gross indecency” under Section 11 of the Criminal Law Amendment Act of 1885. Wilde was convicted and sentenced to two years hard labour, the maximum sentence for this charge.

After his release from prison, Wilde was in disrepute. His works were no longer produced and “Oscar” had become a derogatory name for male homosexuals. Wilde lived on the Continent until his early death in 1900. Recently, interest in his work has resurged, and he has been claimed by the queer community as an early icon, but what his favourable reception in Kingston should remind us is that the conjunction of effeminacy and homosexuality is a relatively recent stereotype. Although Wilde was mocked at the time of his North American tour as effeminate, these charges did not necessarily imply any suspicions of homosexuality. Furthermore, Wilde’s homosexual behaviour did not necessarily contradict the sincerity of his feelings for his wife.

Although Oscar Wilde is now understood to represent a queer history, contemporary readers must take care not to project contemporary terms and values onto his life and the lives of other “gay” historical figures. For this reason, the remaining stops on this tour will focus on Kingston’s more recent queer history as narrated by people who do identify with contemporary constructions of queer identity. 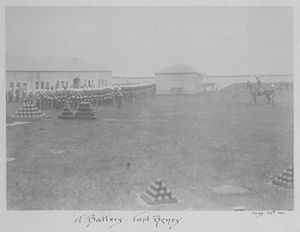 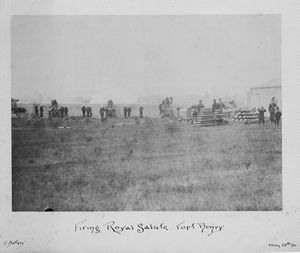 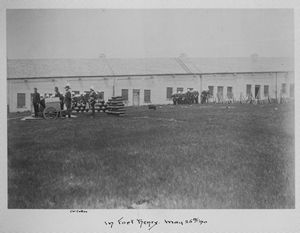 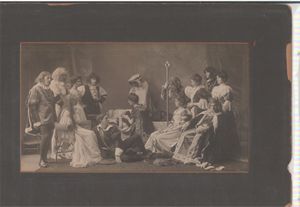