Moses Cramer was brought to Montreal at the age of 13 from the Russian province of Grodno (in what is now Eastern Poland) by an uncle in 1911. A yeshiva bocher (student in a religious academy) in Bialystock, Moses initially made a living delivering bread and working at a munitions factory.

In 1920, he went into business with Benjamin Palmer selling fruit in Montreal; he also married Ben’s daughter, Leah.

When the Palmers moved back to Kingston from Montreal, the Cramers followed soon afterwards. Moe Cramer’s first move was to purchase Lesses’ furniture store at 507 Princess in 1925. By 1931, he had moved the business-Cramer’s Antique Shop and Auction Room-to 69 Princess. By 1963, Leah Cramer was living at 57 Gore Street and selling antiques at 59 Gore, corner of King Street East. 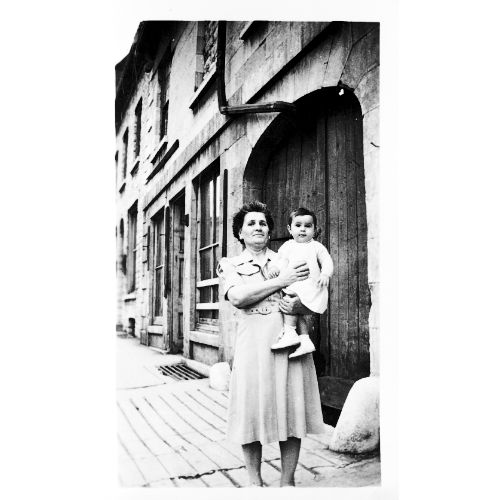